NEW BRITAIN, Conn., Feb. 23, 2021 /PRNewswire/ -- Stanley Black & Decker (NYSE: SWK) today announced that it has named Donald Allan, Jr., President and CFO. In this new role, Allan will continue his focus on driving strategic, long-term profitable growth for the company and take on additional responsibilities, such as the execution and advancement of the company's operating model and certain growth initiatives. He will continue to report to Stanley Black & Decker's CEO James M. Loree. 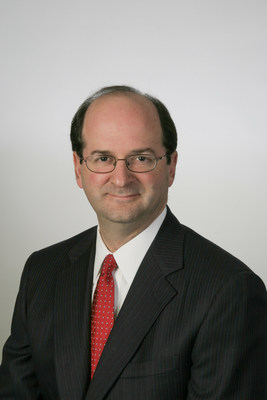 "Having worked hand-in-hand with Don for more than two decades, I know him to be a values-based, agile and inspiring leader, and this appointment recognizes the expanded responsibilities he has assumed over the last several years," said Loree. "Don has had a meaningful impact at the company and was a significant contributor to our outstanding performance in 2020. Together, with our deep bench of senior executives and teams around the globe, we have built Stanley Black & Decker into a world-class company focused on purpose, innovation and social responsibility, and we are well-positioned for the next period of growth."

In his new role, Allan will expand his responsibilities to further the company's growth trajectory, including leading the strategy and implementation of Stanley Black & Decker's operating model and oversight of Outdoor, Asia Tools & Storage and Stanley X. He will retain his existing responsibilities, including Finance, STANLEY Security, Information Technology, Margin Resiliency, Industry 4.0 and Advanced Analytics, as well as shared oversight of Global Operations and Supply Chain.

Allan joined the company in 1999 as director of financial planning before being appointed Senior Vice President and CFO in 2008, and later Executive Vice President and CFO. He has been instrumental in driving the company's transformation strategy to a global diversified industrial with revenues approaching $15 billion in 2020. Before joining The Stanley Works, Allan held global financial management positions with Loctite Corporation, and spent nine years with Ernst & Young, predominately as part of the audit team.

Allan is Lead Director at Anderson Corporation and is Chairman of the Board for United Way of Central and Northeastern Connecticut. He also serves on the boards of several non-profits, including Junior Achievement of Southwest New England, Boy Scouts Connecticut Rivers Council, The University of Hartford's Barney School of Business and Hartford Stage. Allan earned his bachelor's in accounting from the University of Hartford and is a CPA.